Bezirksamt L-Stadt Revisited
The work was created as part of the exhibition Widersprüche. Critical Agency and The Difference Within, at Open Space Gallery Vienna, curated by Nora Sternfeld. Located in Vienna’s 2nd District, the city’s Jewish Quarter where many Jews were expelled from during the Nazi era, the exhibition’s concept was to invite artists and theoreticians to hold a lecture at the show’s opening event. A few days prior to the exhibition opening, Freudmann visited the district’s Administration Office to renew his passport. In one of the hallways he came across an information plaque displaying the district’s history. The artist was surprised to discover the plaque concealed crimes committed against the district’s Jewish population in the massacres of 1420/21, 1670/71 and between 1938-1945.
Realizing this problematic historical document, Freudmann named his lecture “Worüber ich heute sprechen wollte und was ich morgen tun werde” (“What I Planned To Talk About Today And What I Will Do Tomorrow”). In this newly created action-talk he shared information about the misleading plaque and declared that he had planned to remove the plaque and install it in the gallery.
As promised, the following day Freudmann went to the administration office, took the plaque off the wall and substituted it with a reproduction of the artwork “Jewish Bravery,” created by Israeli artist Menachem Lemberger. He brought the plaque to the gallery and accompanied it with the following text: “Until the 4th of May 2011, Nazi crimes have been denied and anti-Semitic history-writing was practiced in the Bezirksamt of Vienna’s L-Stadt.”
After a couple of minutes the police showed up, confiscated the plaque and returned it to the district’s administration office where the authorities put it back in place, while taking the artist to the police station for an interrogation. After an open letter was sent and a newspaper article was published the authorities substituted the old plaque with a revised one and abandoned the lawsuit against the artist. The new plaque does not include any timeline of the district’s history.
Further reading
Open letter
Selected media articles 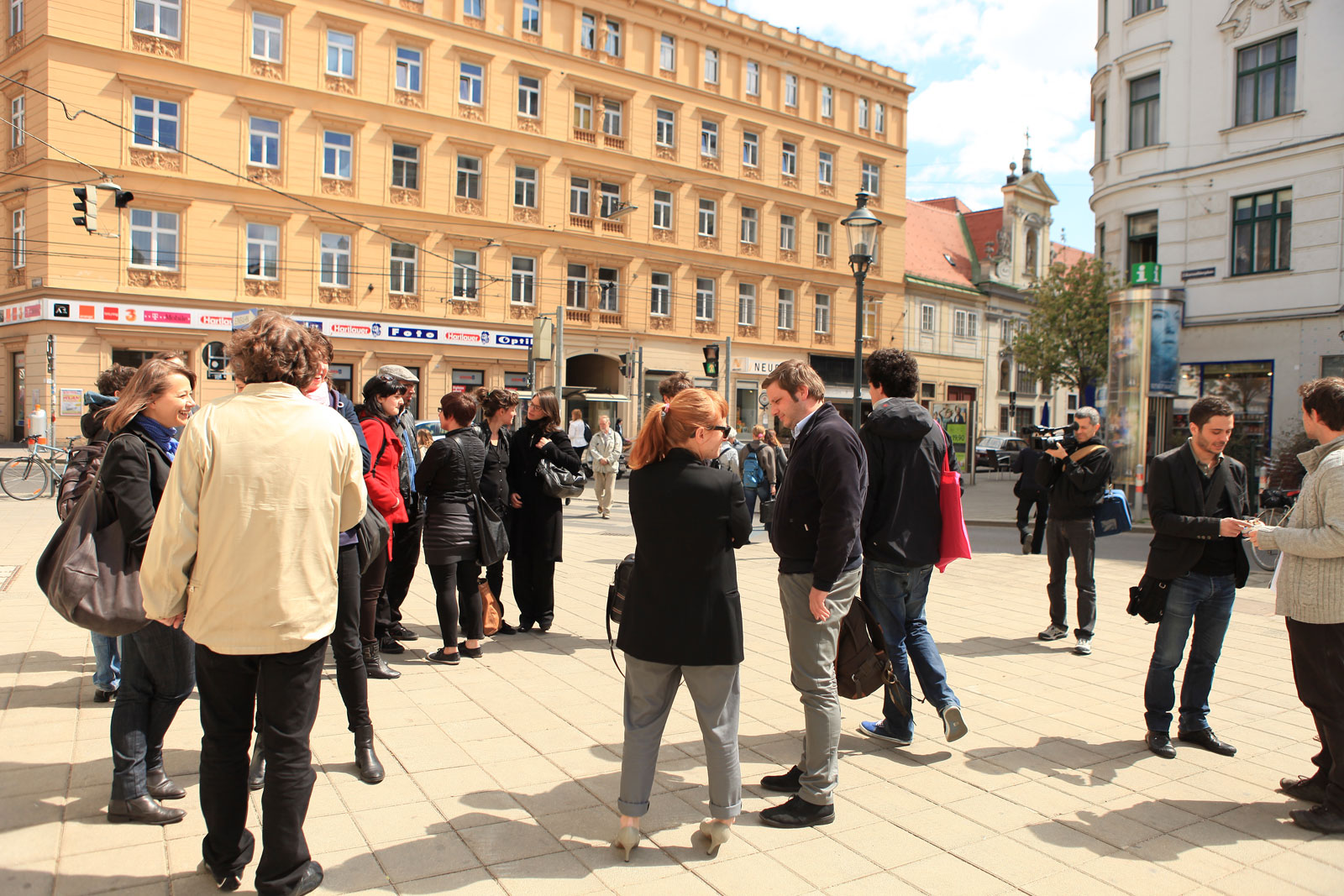 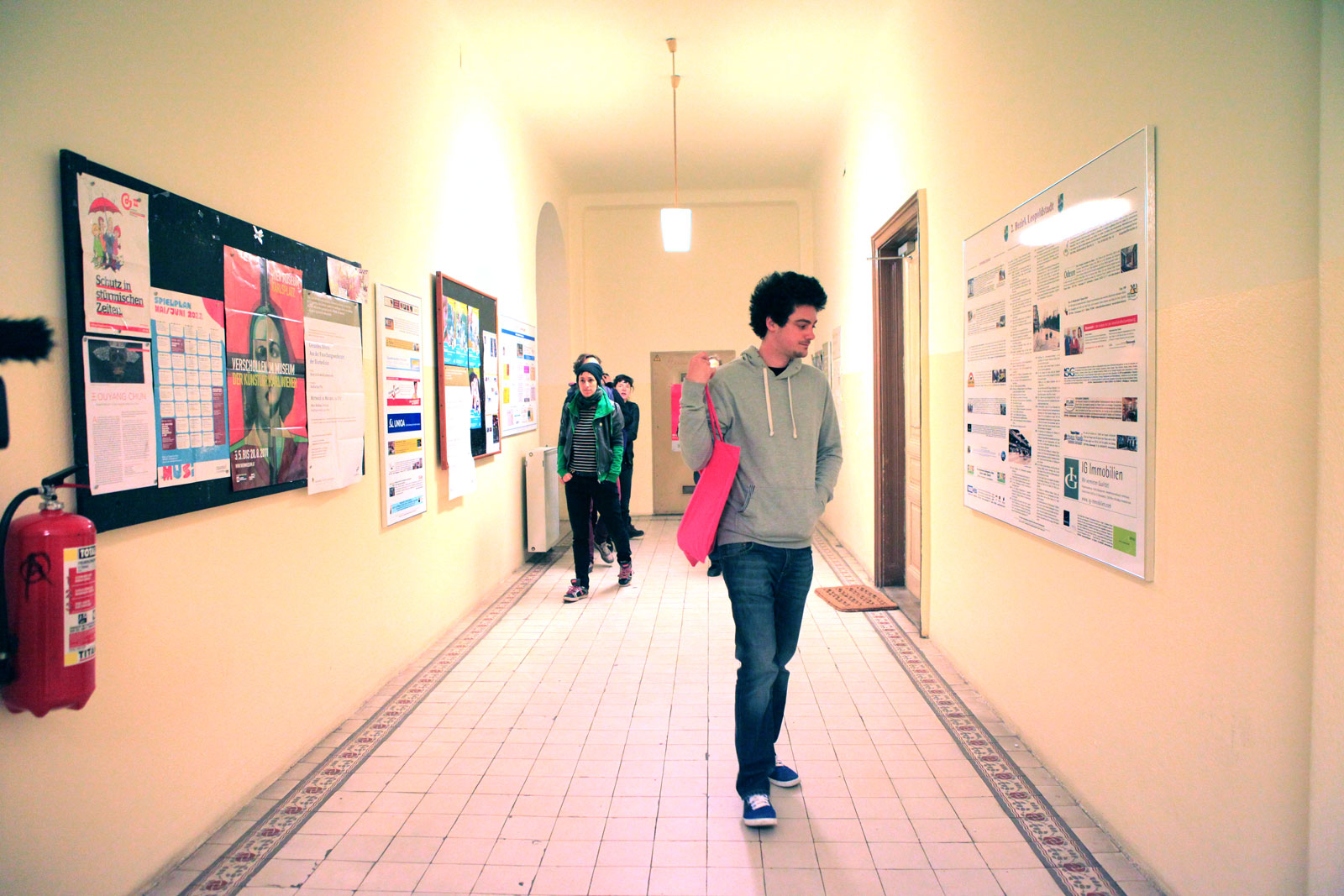 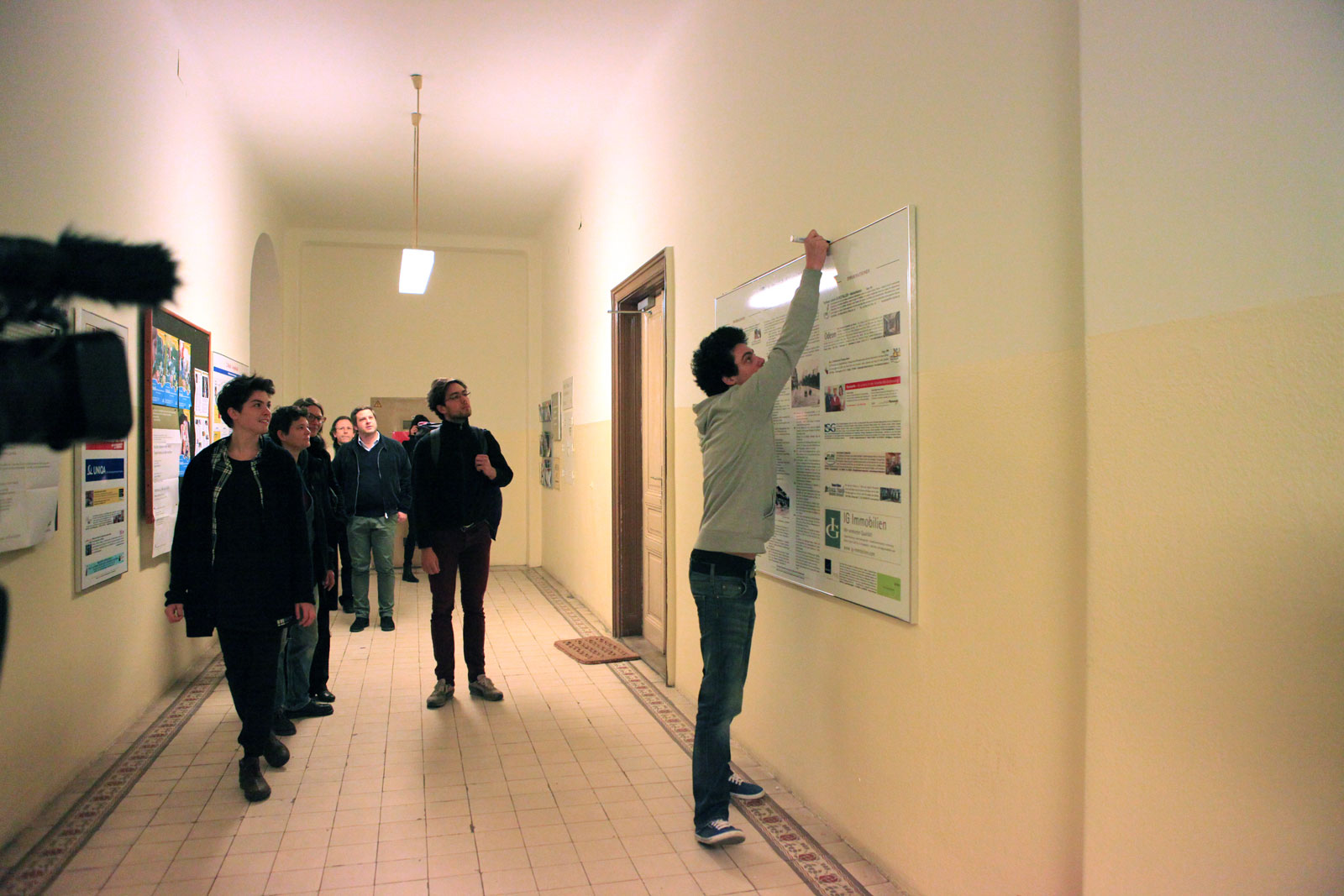 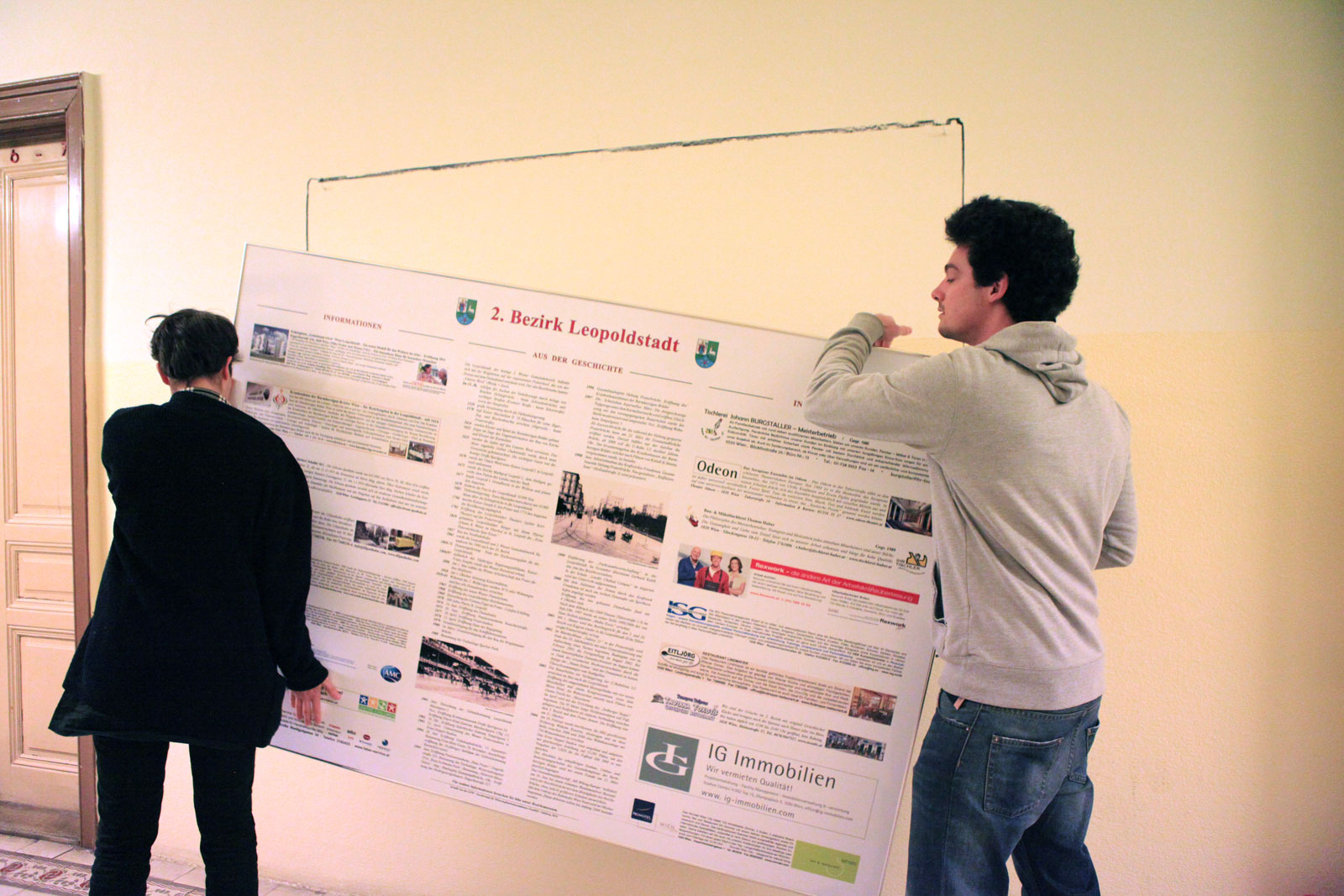 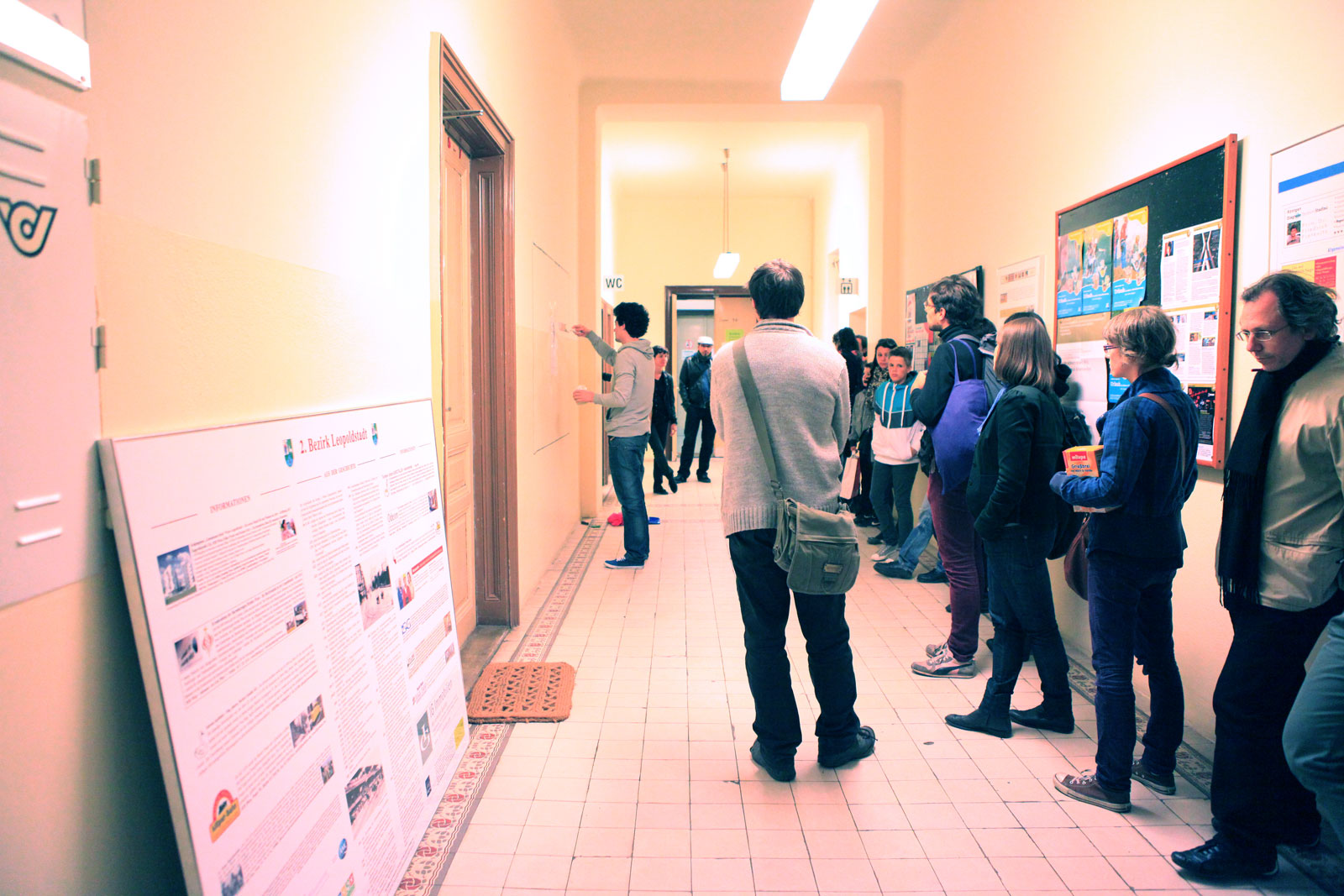 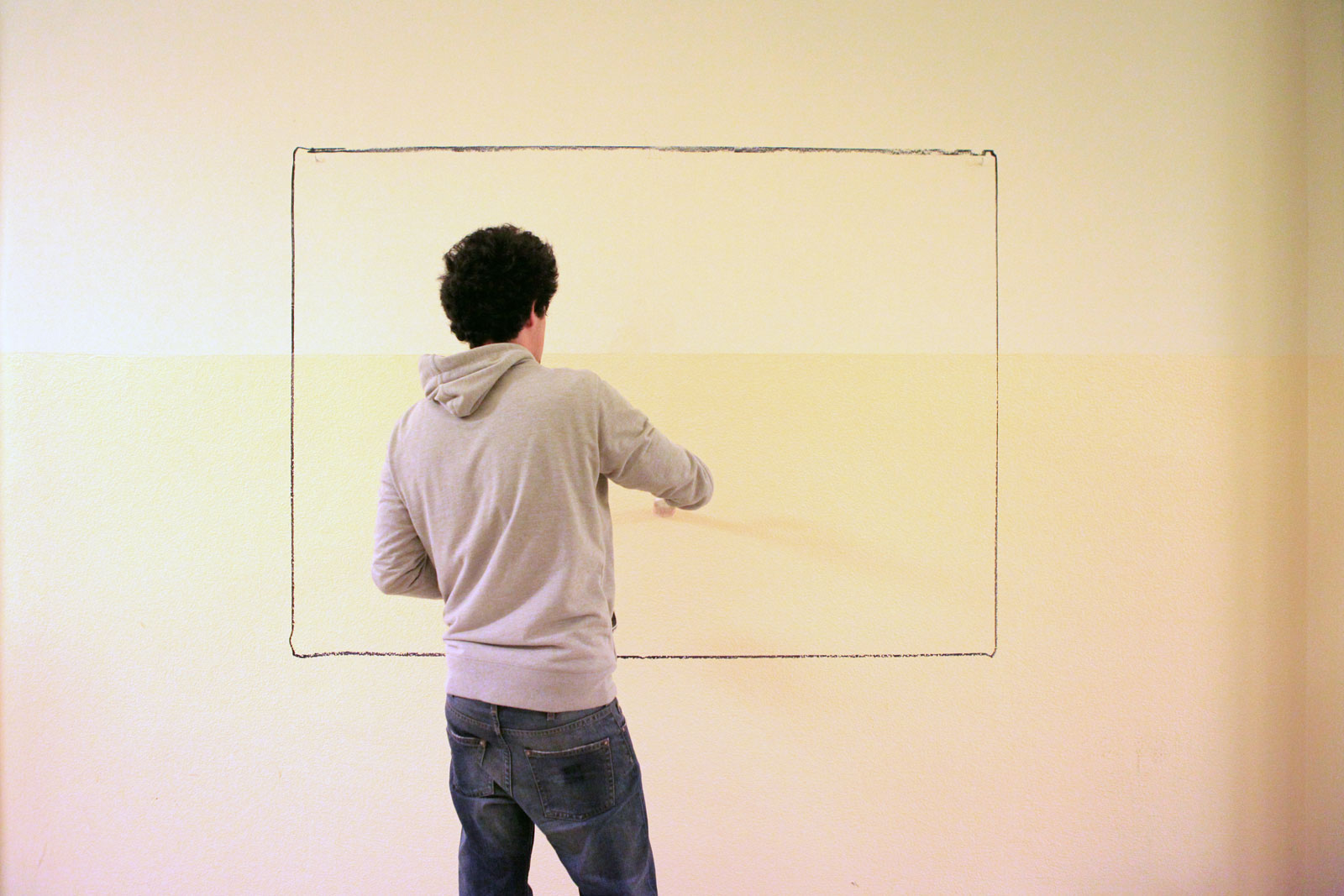 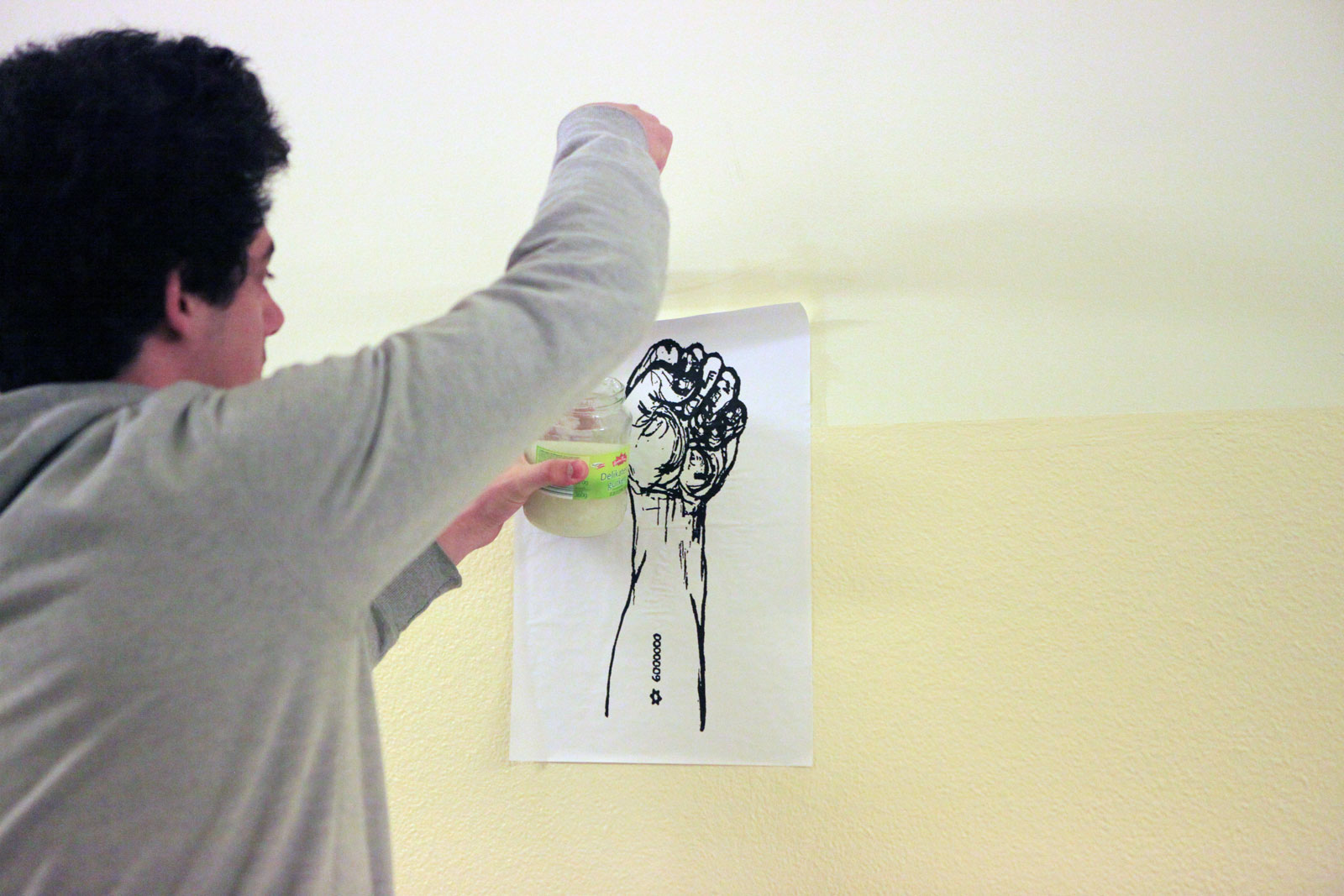 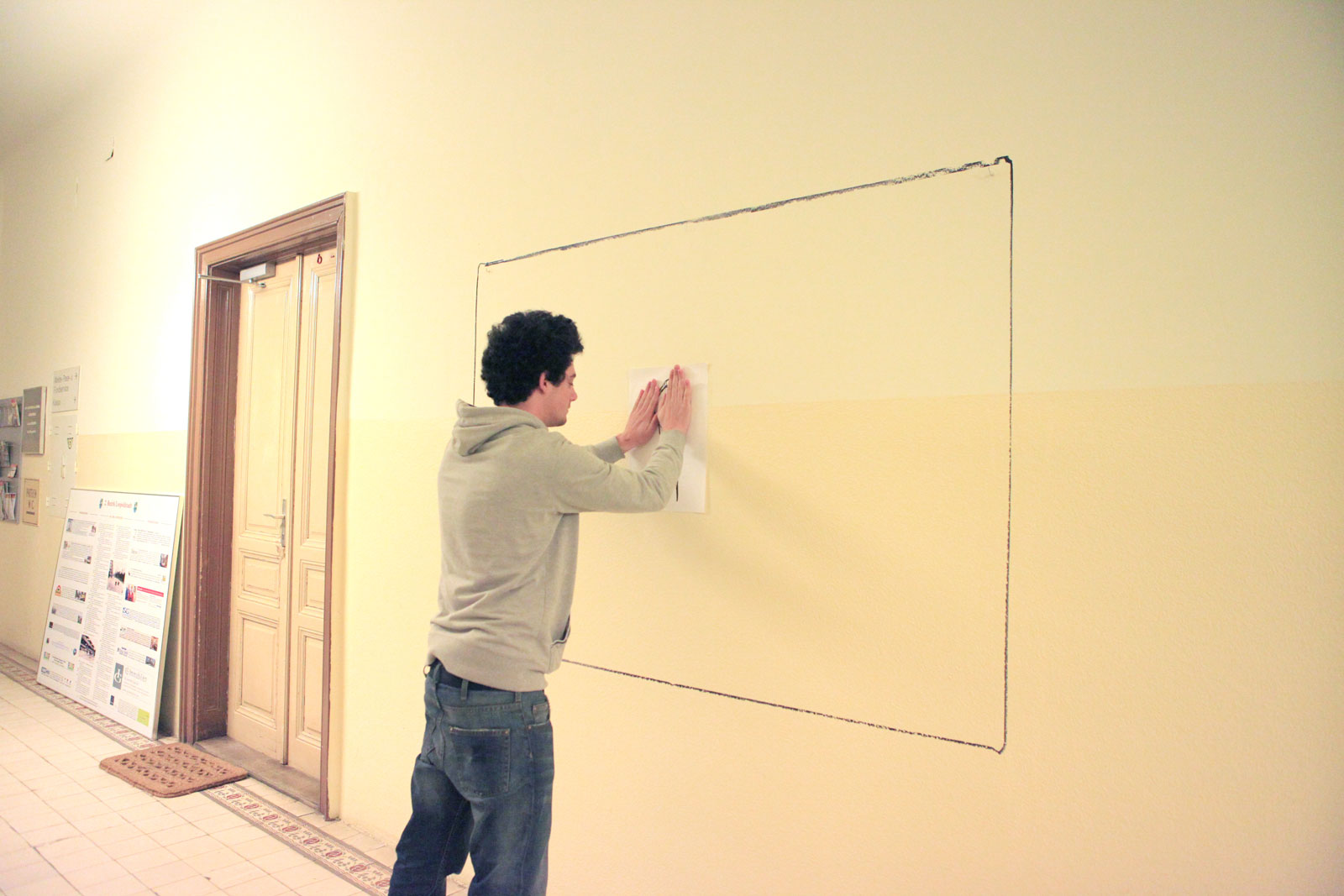 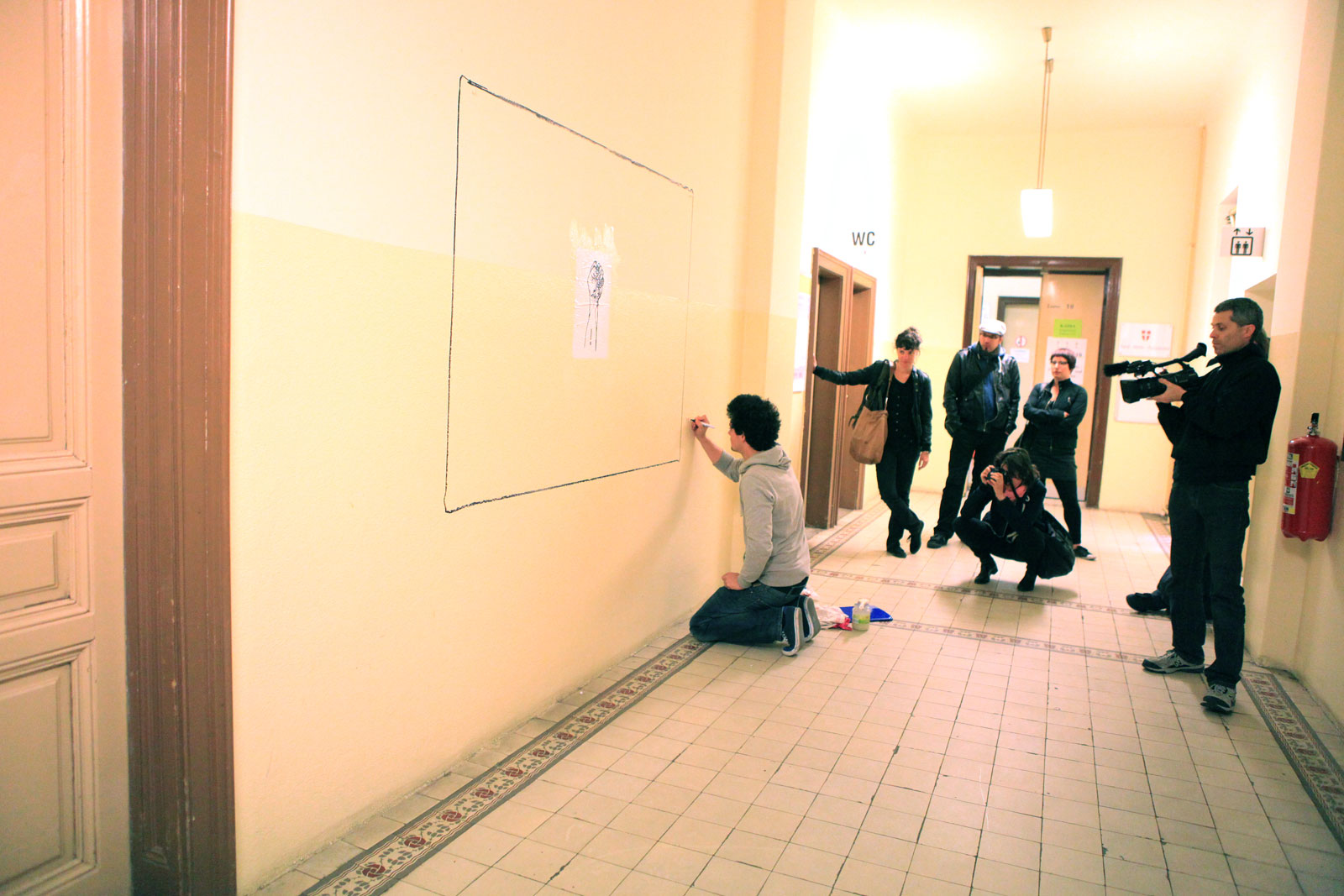 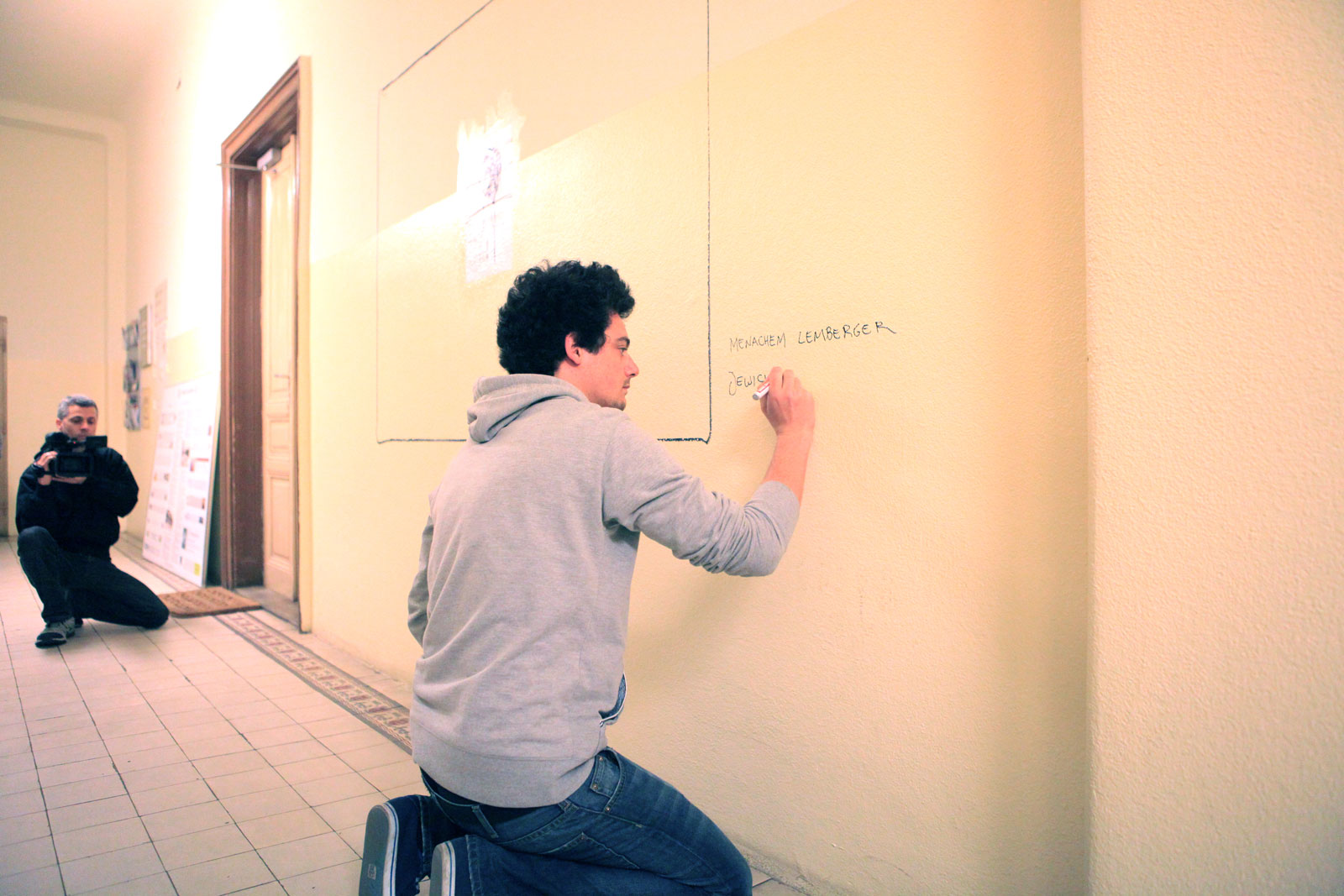 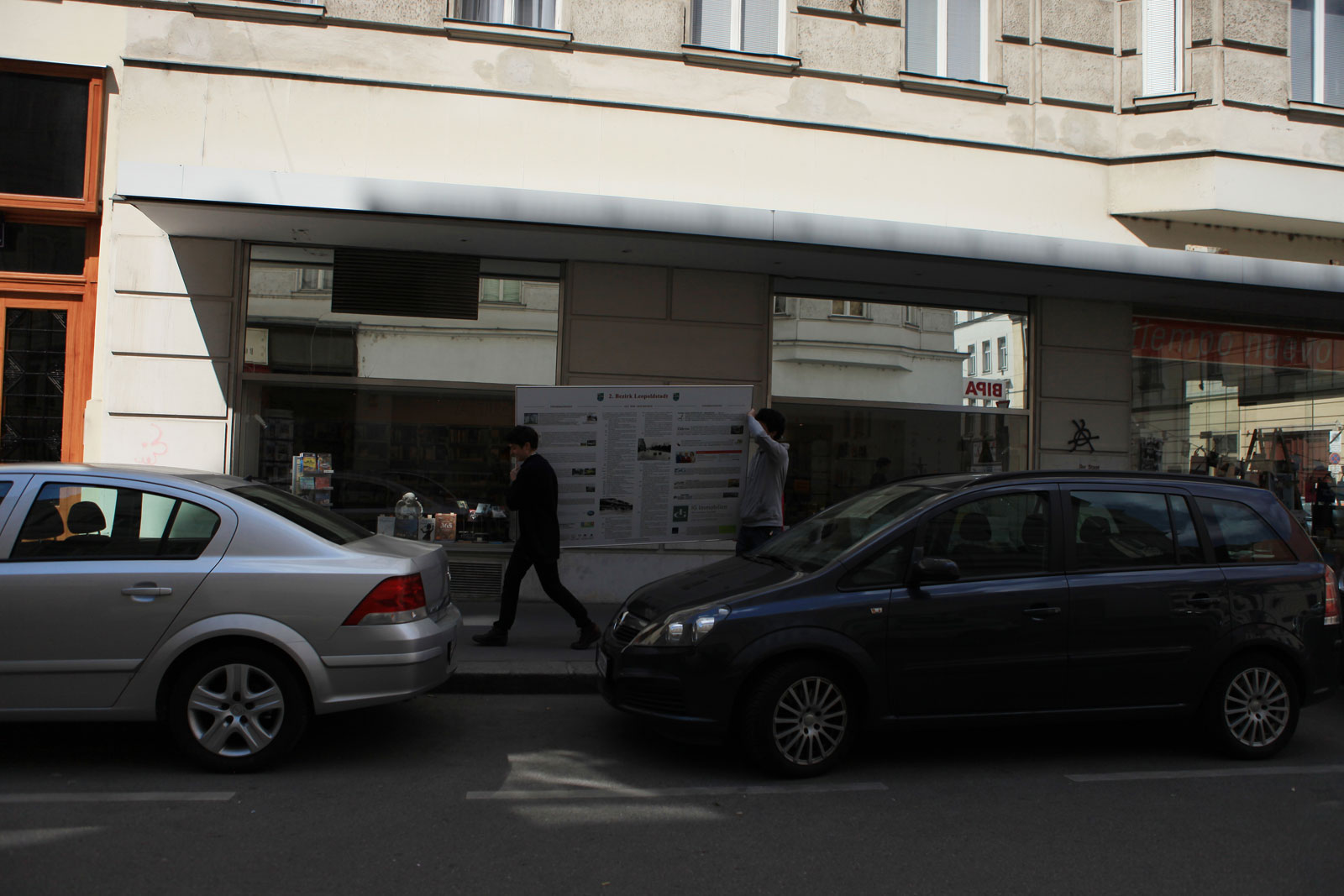 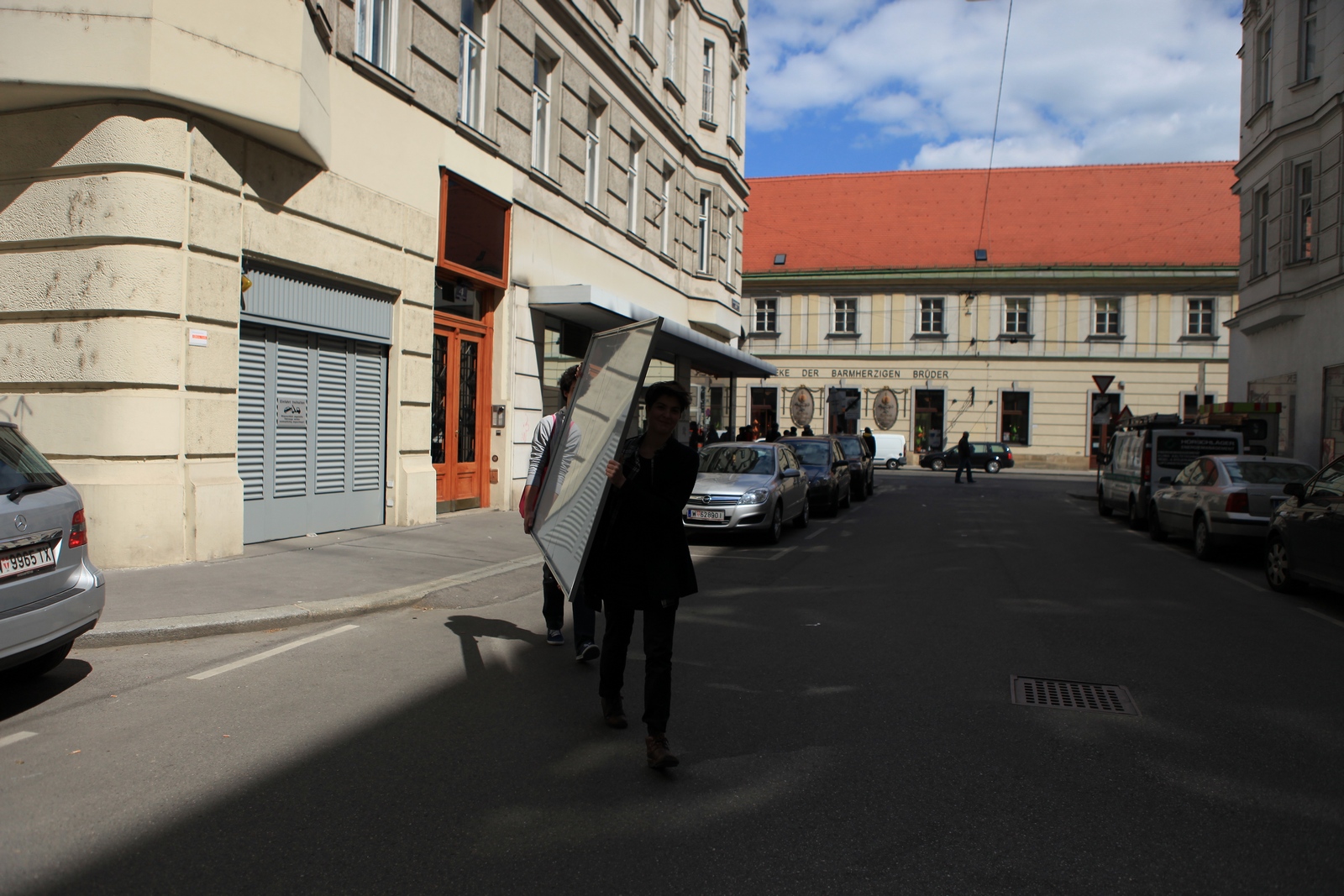 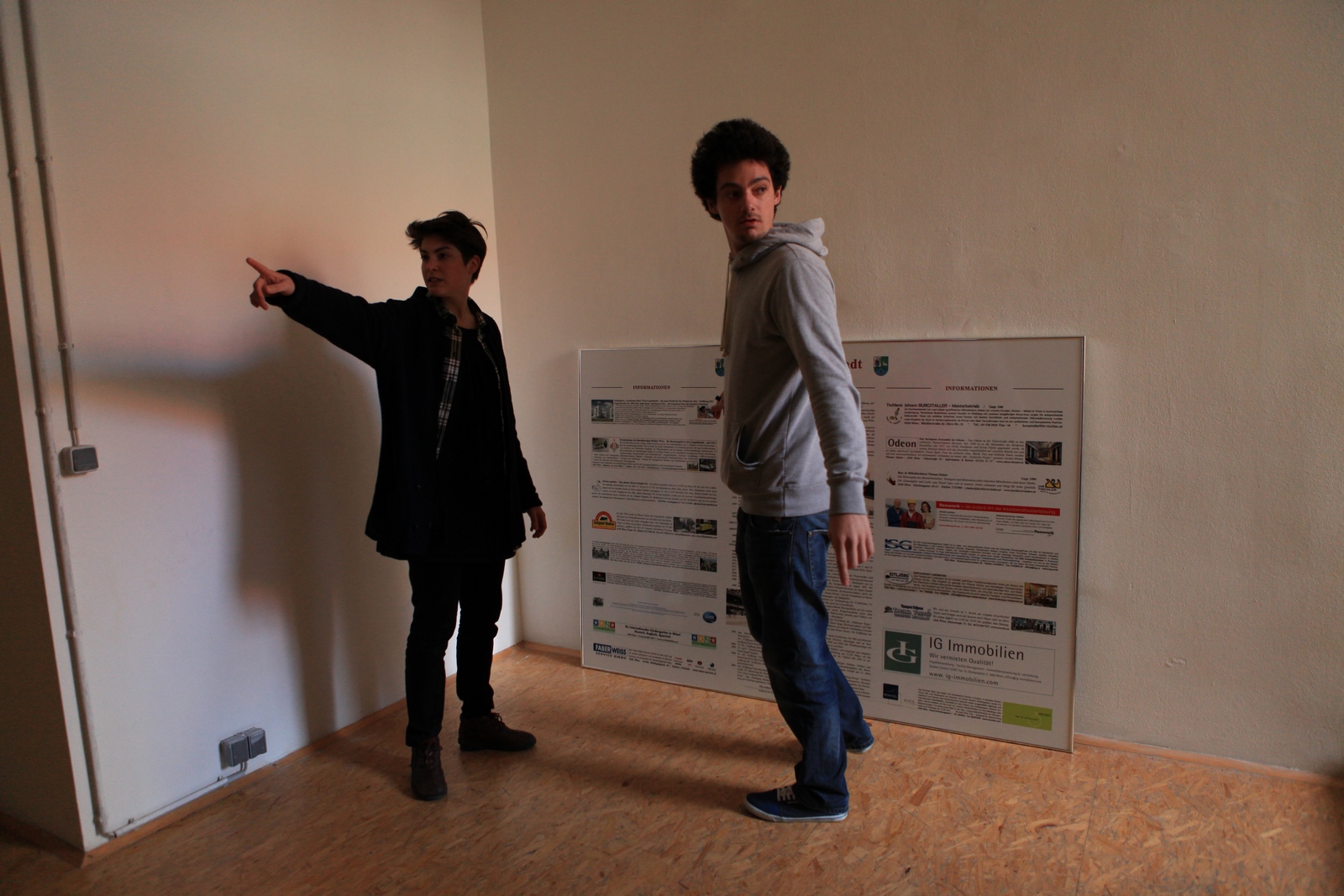 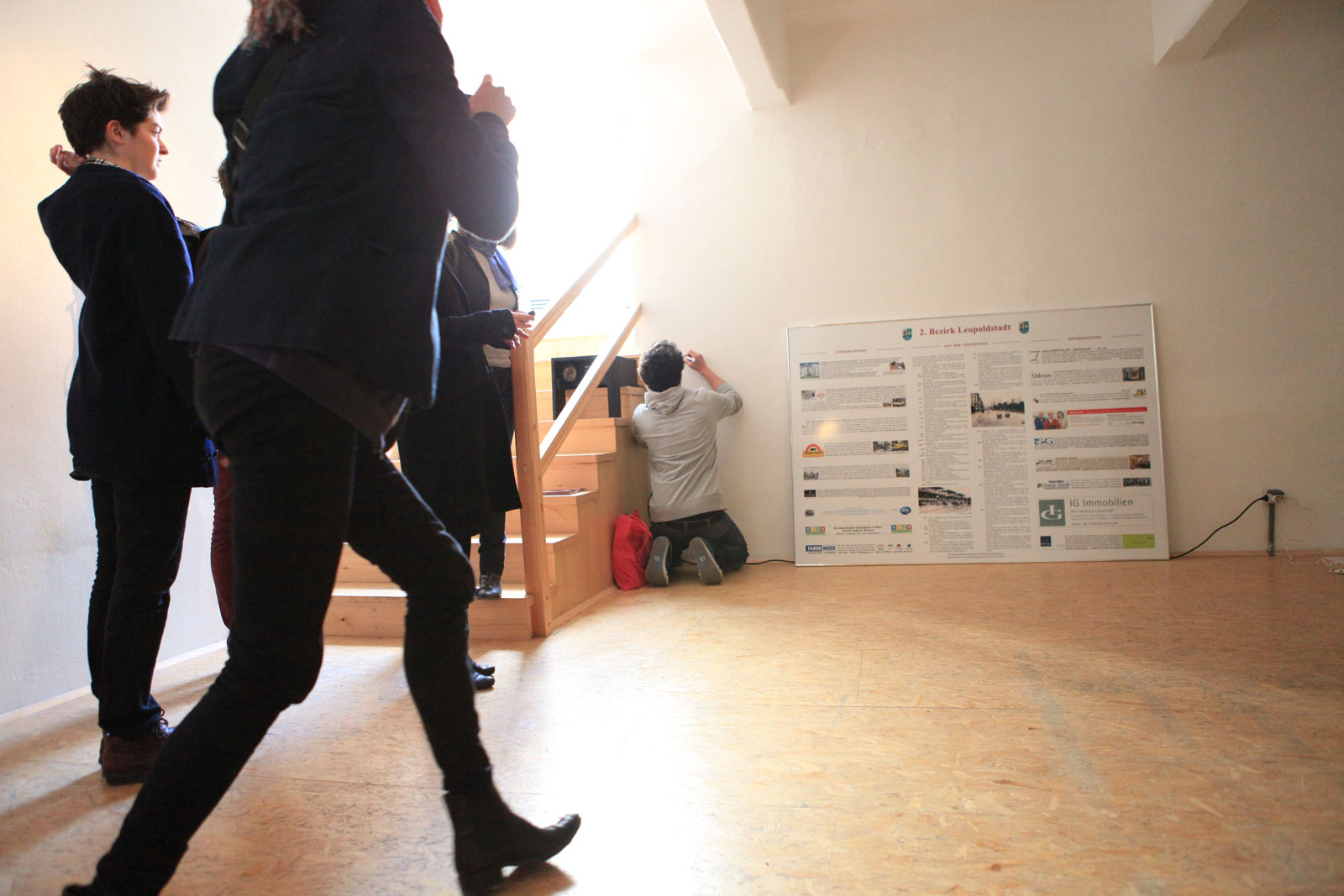 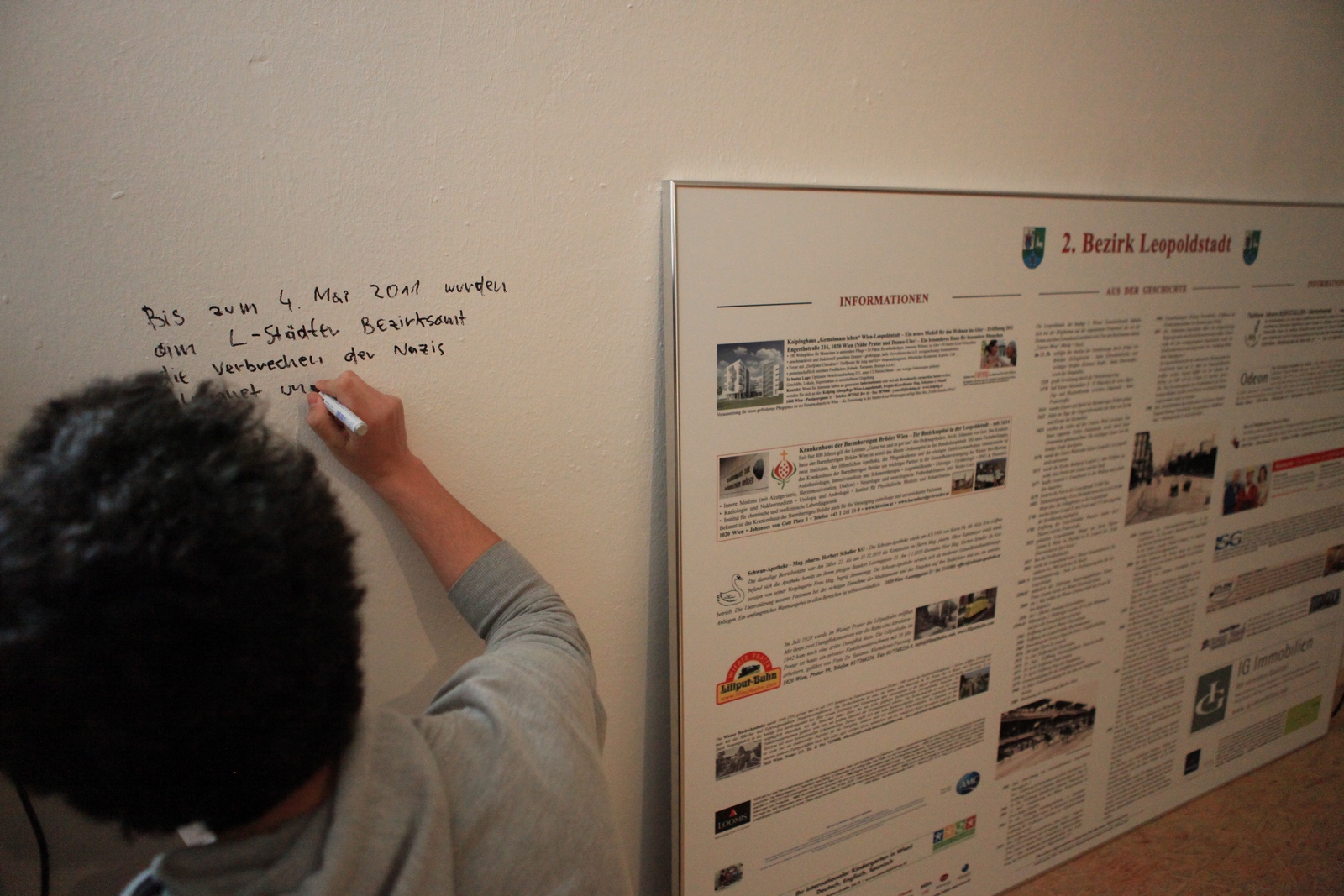 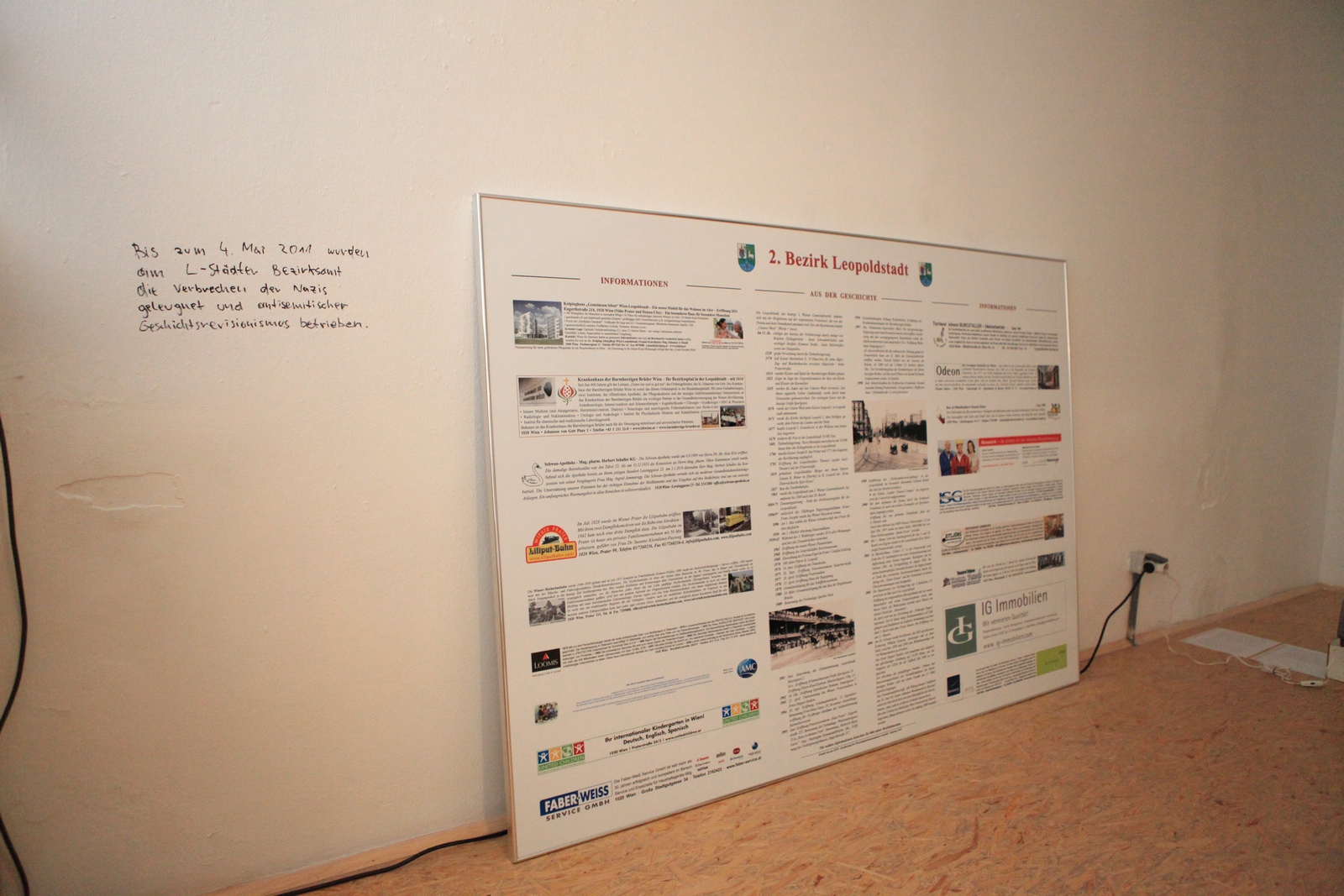 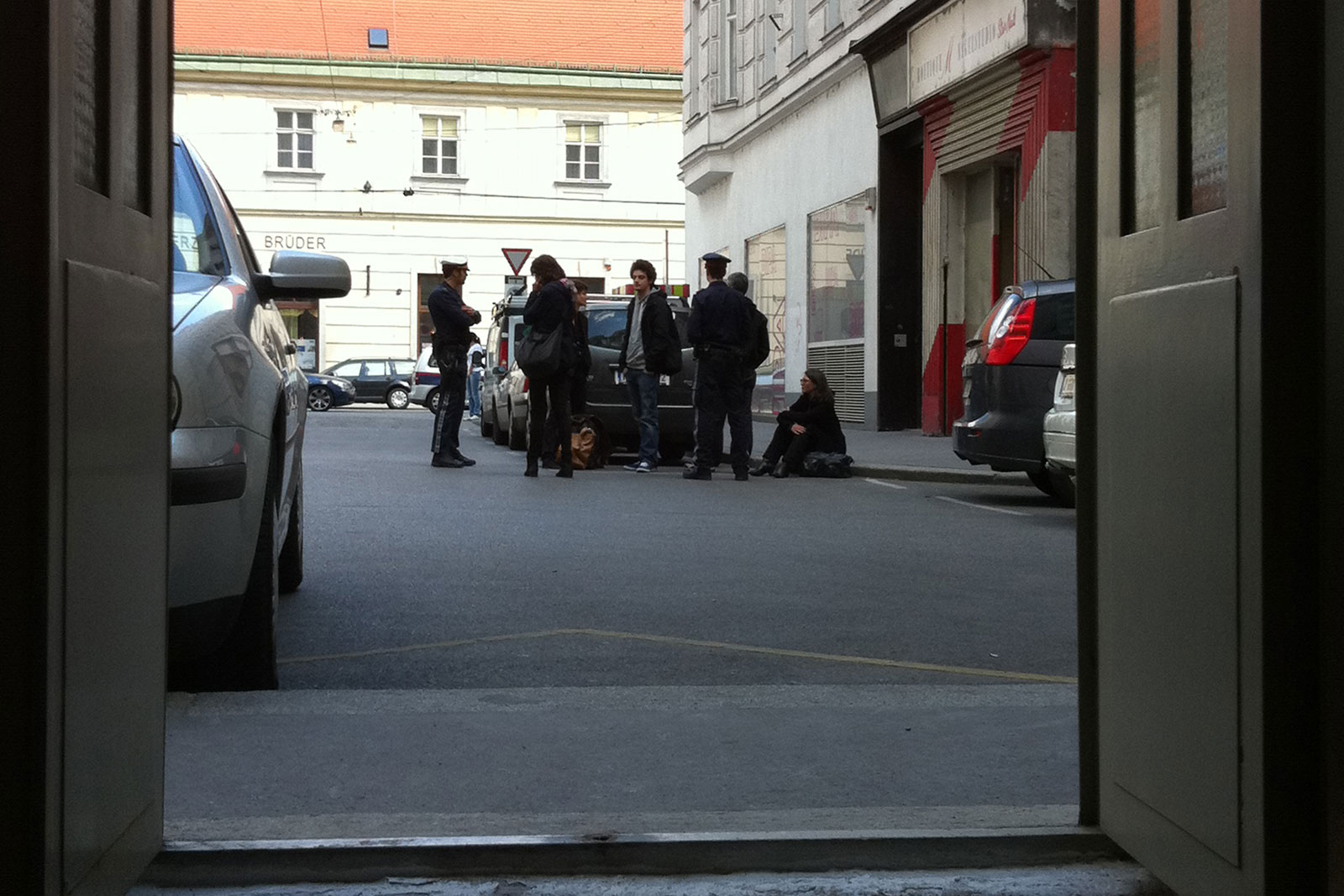 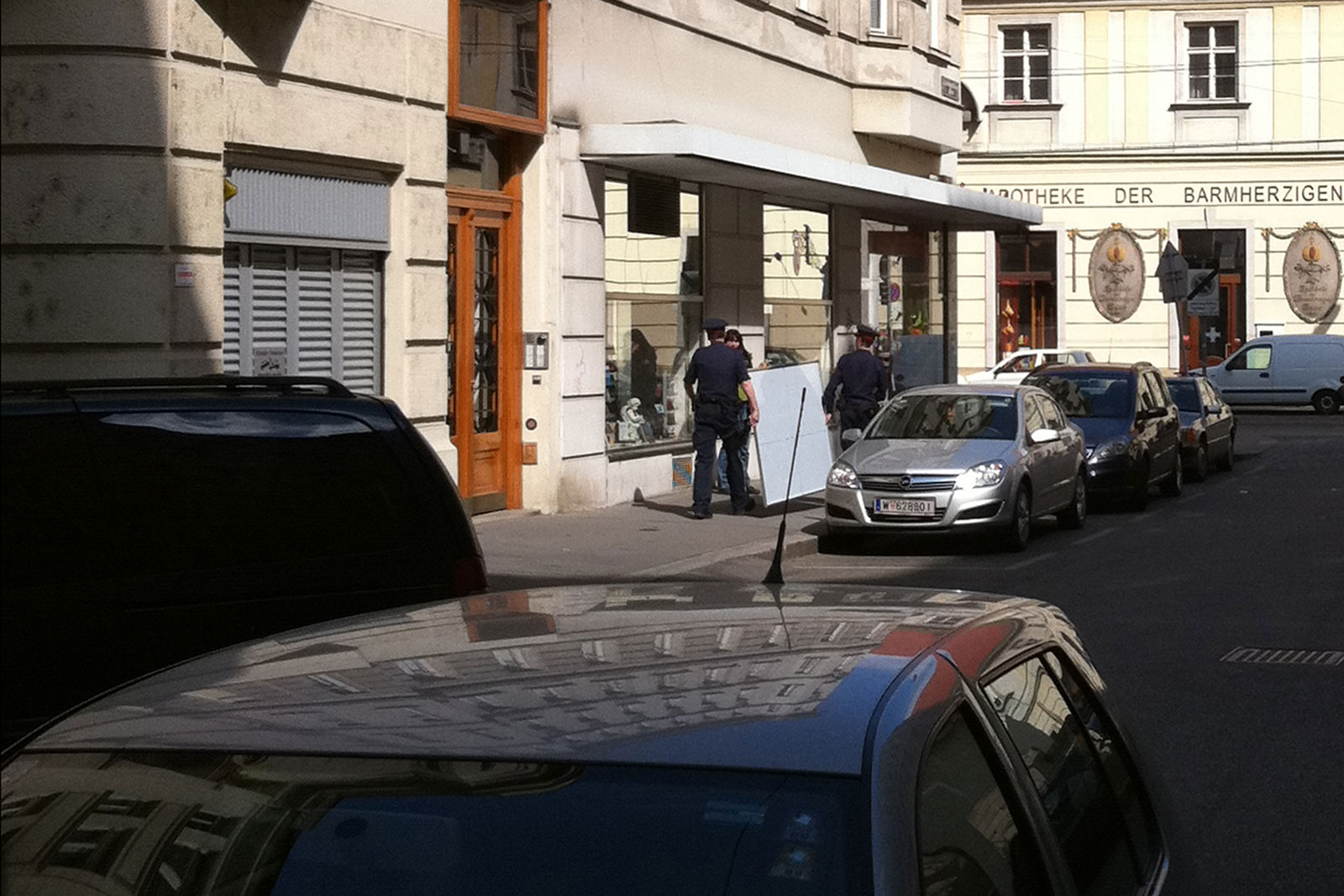 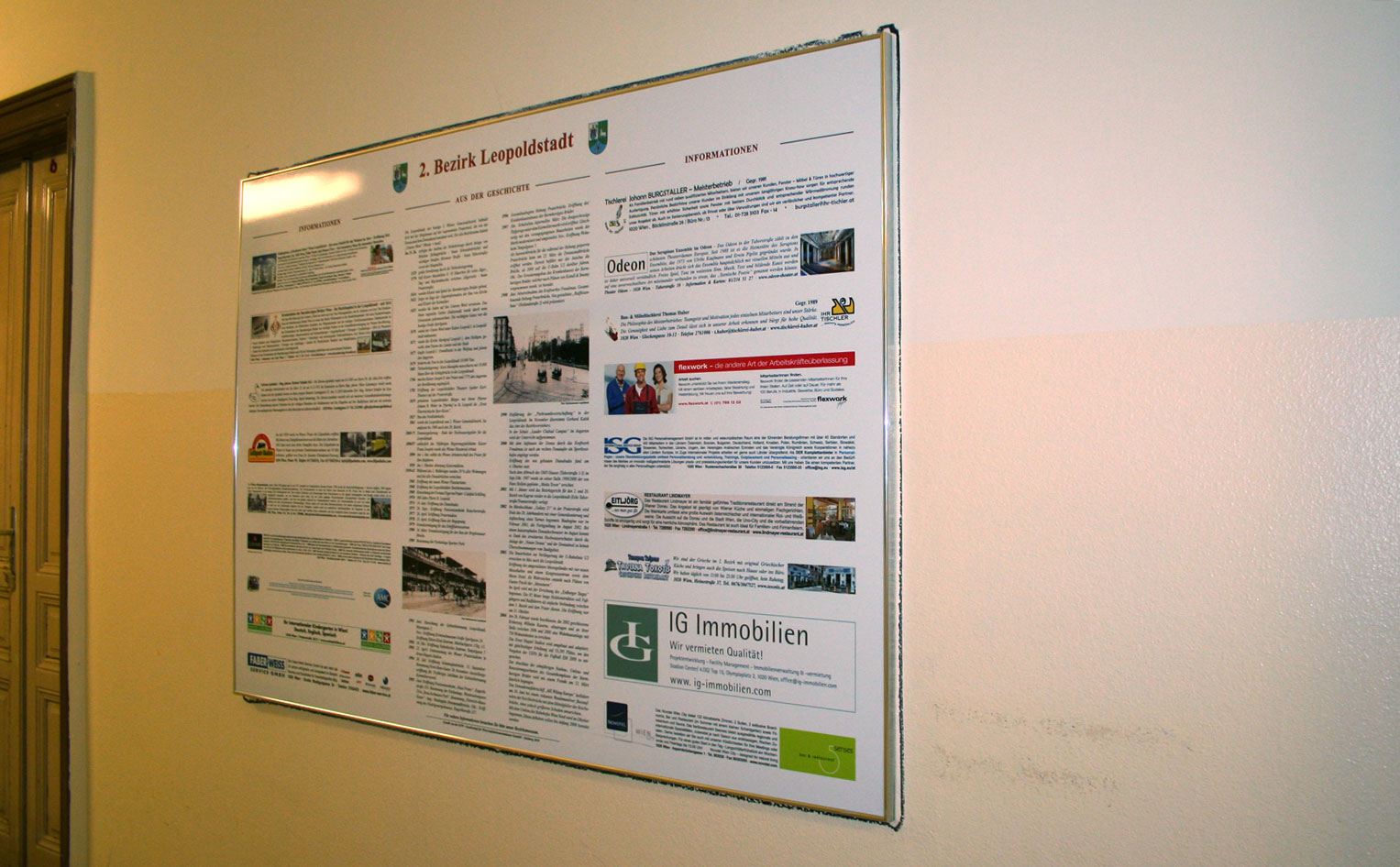 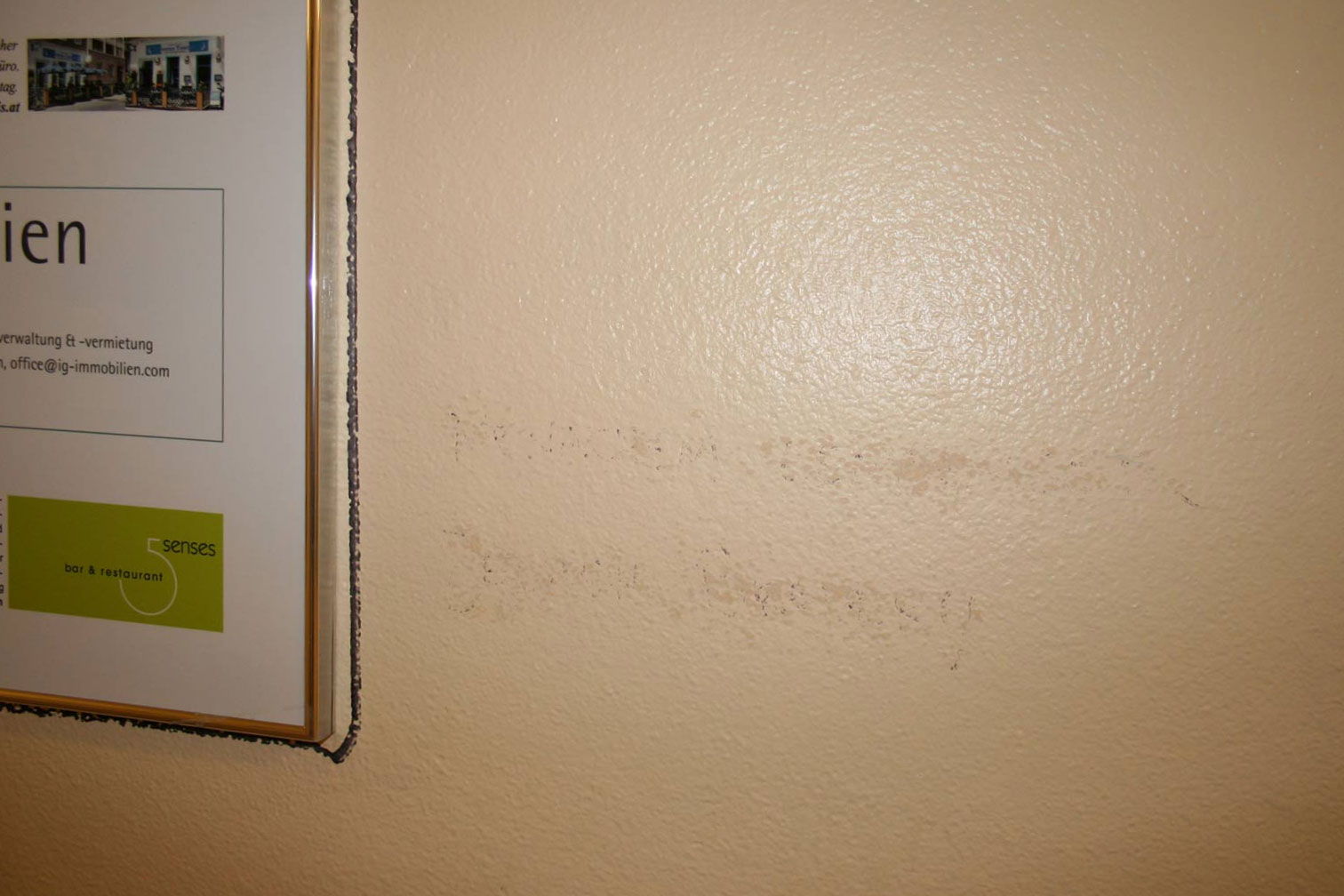